Musical theatre is a form of theatrical performance that combines songs, spoken dialogue, acting, and dance. The story and emotional content of a musical – humour, pathos, love, anger – are communicated through the words, music, movement and technical aspects of the entertainment as an integrated whole. Although musical theatre overlaps with other theatrical forms like opera and dance, it may be distinguished by the equal importance given to the music as compared with the dialogue, movement and other elements. Since the early 20th century, musical theatre stage works have generally been called, simply, musicals.

Musicals are at the heart of what we do at the Desmond School of Performing Arts and the end of year performance marks the highlight of our school calendar. We have performed productions such as Mary Poppins, Beauty and the Beast and The Lion King and are looking ahead to the future. Members of our theatre classes are also invited to showcase their work at various local events and at the Christmas concert.

Musical theatre classes are timetabled according to age group and are taught by Jamie Herlihy and Leanne Moloney.

Please contact us for further information on availability in our musical theatre classes. 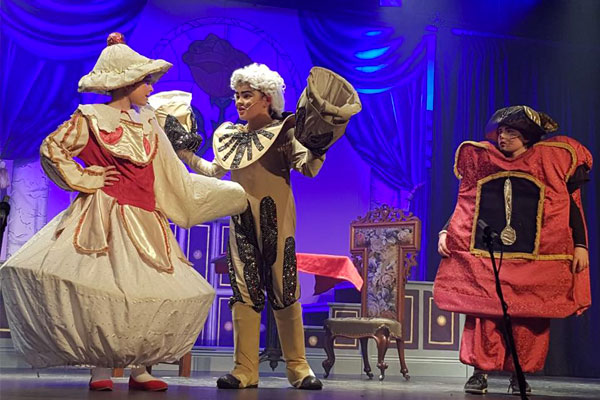 At Desmond School we are passionate about training vocalists and nurturing musicians across a wide range of ages, levels and styles. We are very fortunate to have a diverse team who are passionate about performance and wish to instil that same passion in their students. All teachers are qualified vocal tutors and specialize mainly in the genres of musical theatre and contemporary popular music. Each tutor has a perceptive knowledge of how the voice works and helps to the build their students’ confidence by introducing them to vocal technique and new repertoire.

Individual lessons are of 30 minutes duration. This time allows for a conversation between teacher and student and helps them to develop their own individual style. Students in individual lessons also have the option of studying for a graded exam with the London College of Music. This not compulsory and is at the discretion of the individual.

For more information on London College of Music examinations:
https://lcme.uwl.ac.uk/ 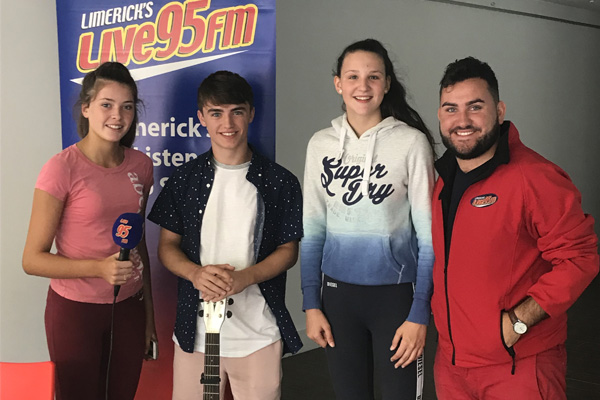 Our group singing classes provide the perfect gateway into the world of singing and music for the aspiring performer. Young students excel in a collective environment that share a common interest.

The aim of the class is to provide a basic introduction to vocal technique, whilst simultaneously developing vocal repertoire. Our tutors work with students individually, but also get the opportunity within the group to teach them about vocal balance and harmony. Selection of pieces will be based on the interests of the individuals in the group, but will be mostly from musical theatre and popular music genres.

Please contact us for further information on group singing classes. 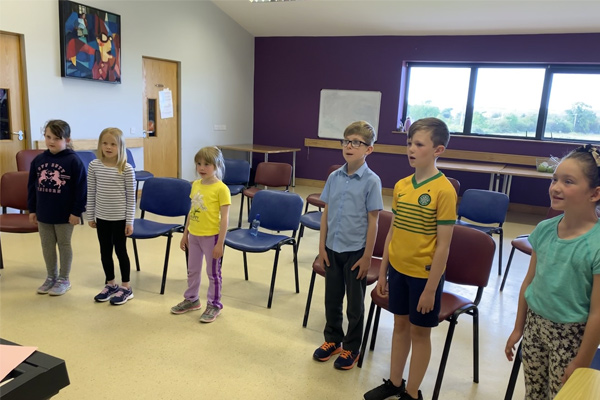 Our adult choir meets every Friday evening from 7-8pm for an hour of singing for leisure. It is a relaxed atmosphere that explores a wide range of genres and allows members to ‘switch off’ through music before starting the weekend. They have performed everything from The Beatles to Josh Groban to Miley Cyrus and everything in between.

Recently, we have begun to explore Sacred Music and performed in the ‘Community Choirs Competition’ at Limerick Choral Festival to a very positive Adjudication Report. The choir also performs at the annual Lions Club Christmas Concert in Newcastle West and the Darkness into Light event. 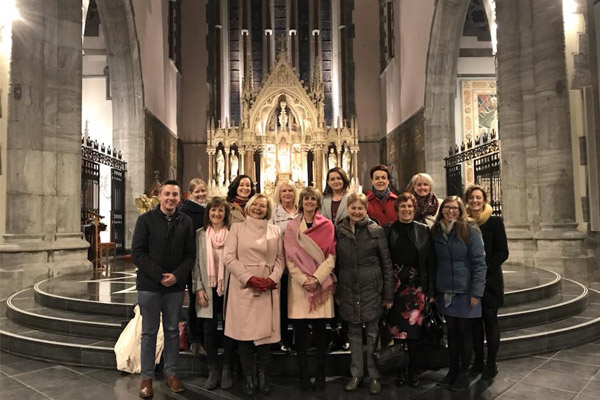 John Leahy leads piano tuition at Desmond School of Performing Arts. Students are exposed to a wide range of genres and develop a repertoire based on their own interests. These classes are offered on a one to one basis and practice is essential to ensure one’s full potential. Like singing lessons, graded examinations are offered with the London College of Music.
Please contact us for further availability in piano lessons.

To meet the demand locally, this year we are introducing beginner guitar lessons to the school. These are currently done in a group environment catering for ages 8-13 years and will meet the needs and musical interests of individual group members.

Please contact us for information on availability in these classes.

This website uses cookies to improve your experience while you navigate through the website. Out of these cookies, the cookies that are categorized as necessary are stored on your browser as they are essential for the working of basic functionalities of the website. We also use third-party cookies that help us analyze and understand how you use this website. These cookies will be stored in your browser only with your consent. You also have the option to opt-out of these cookies. But opting out of some of these cookies may have an effect on your browsing experience.
Necessary Always Enabled
Necessary cookies are absolutely essential for the website to function properly. This category only includes cookies that ensures basic functionalities and security features of the website. These cookies do not store any personal information.
Non-necessary
Any cookies that may not be particularly necessary for the website to function and is used specifically to collect user personal data via analytics, ads, other embedded contents are termed as non-necessary cookies. It is mandatory to procure user consent prior to running these cookies on your website.
SAVE & ACCEPT